Feroz Shah Kotla, 20 March: Around 33 participants of Cricket Education Program of Cricket India Academy (CIA) from Thane, Mumbai and Jaipur got the rare opportunity of being coached by their Cricket heroes – The Australian Cricket Team at Feroz Shah Kotla Stadium, New Delhi. The participants grabbed the opportunity while the team was practicing before their fourth test match.

The Australian Cricket team took time off post their practice session at Ferozshah Kotla stadium to indulge in a skill based session and rekindled with these young breed of emerging cricketers. One on one personal interaction with the Australian team paved a strong base for learning the game scenario, playing techniques like batting and bowling tips which was aimed to improvise their skills, qualities and upgradation of knowledge. 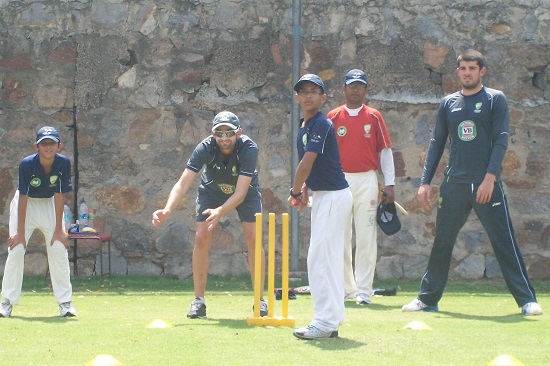 A young CIA participant is being coached by Team Australia members.

Arun Khetan – CEO, Sports Education Development India Ltd, said, “Millions of young cricket fans admire the Australian Cricket team as their role models and envisage growing up like them. The aim of these coaching tours is to facilitate the participants with team expertise, validating the program and fostering participant’s passion to pursue Cricket as a prospective career. If we generate a star cricketer it is a bonus, but more to it is about getting kids out there and enjoying the game which eventually helps in their holistic development leading them to be an excellent human being.” 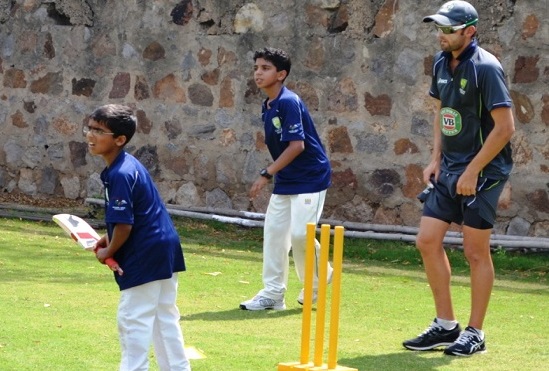 CIA team presented a memento and CEP T – shirt to Captain Michael Clark and team coach Mickey Arthur. They also presented mementos to all the Australian players and their support staff. The participants, coaches and staff had a great time and will cherish the memories forever. 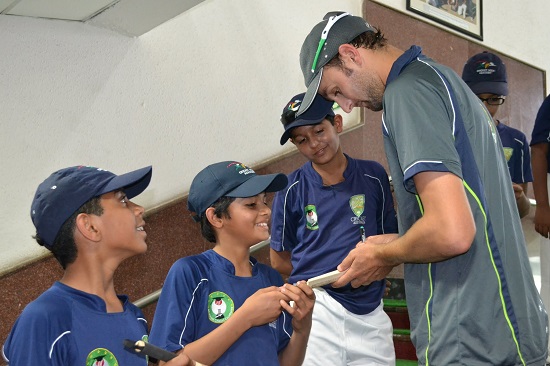 CEP Participant Hamden Sayyed from Kohinoor International School, based in Kohinoor City, Kurla – Vidyavihar said, “It was fascinating to meet the cricketing heroes like Shane Watson whom we always admire on TV. The interactive coaching session with the Australian Cricket Team was surely very informative and we are keen on executing such learning in our games to improvise and upgrade our performances.” 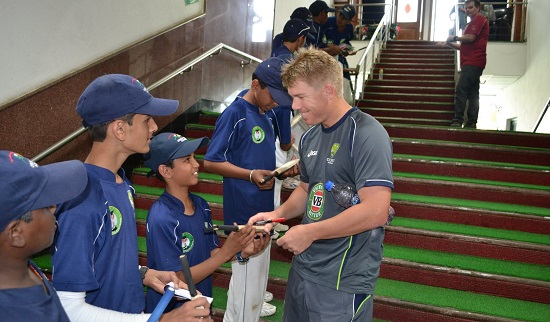 Australian Fast Bowler Siddle signing Autographs after the training session was over.

The Australian team was delighted to see the participant’s enthusiasm on this historic cricket ground where they also played couple of games with CEP participants.