ICC World Twenty20 14th match, Group 1
Pallekele International Cricket Stadium
27 September 2012 (20-over match)
West Indies beat England by 15 runs in the ICC World Twenty20 14th match Played at Pallekele International Cricket Stadium on 27 September 2012. West Indies won the toss and chose to bat first and they scored 179 for 5 in 20 overs. In reply England made 164 for 4 in 20 overs and they lost the game by 15 runs.
Full scorecard 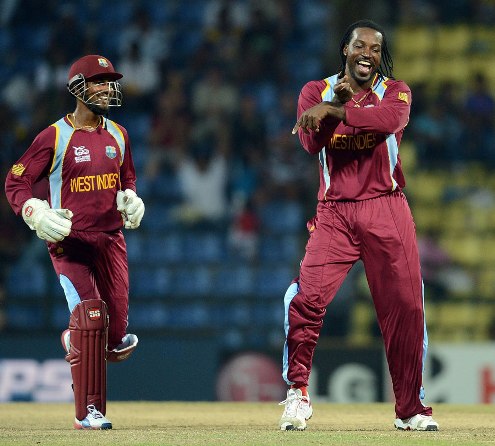