The Indian bowling attack have been under severe criticism over the last few seasons. Some of the bowlers little known have marked their name and have rose in style. But, some of the well known names had been eying IPL 5 to string up good performances to make a comeback. Even the established wanted to consolidate their position, such is the impact of IPL on Indian cricket. Unfortunately foreign players seem to be gunning for the top honors and the Indians are settling for victory on the shadow of their performances raising the question again, Is IPL helping to nurture Indian talent?  Thus, we look in to some of the key bowlers of Indian cricket who are ironically struggling in IPL 5. 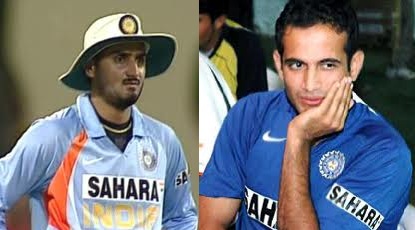 Are they doing enough to make a comeback?

The man who was making headlines for expressing his effort to make a comeback into already struggling Indian pace squad, Irfan Pathan bags the poorest bowling effort in IPL so far. The Baroda pacer is seems to be out of sorts in IPL too. The bowler is still competing to put up a better show than the part timers who are doing better. The bowler has taken only 7 wickets from 14 matches with an average of 53.71 and economy rate 7.83runs/over.

Another comeback man the once called “turbanator”, Harbhajan Singh is also struggling to make his way back. The off spinner has managed to pick up only 6 wickets from 14 matches at an average of 51.5. Bhajji seems to hold a similar stat to Irfan but the off spinner edges past the pacer with a good economy rate with respect to IPL standards. But even that economy rate of 6.86 seems to put a lot of question on the missing aura the bowler had some seasons before. Once the main strike bowler of India could not even feature in the top 50 best bowling performance in 14 matches speaks volumes about the poor form of the bowler.

Trying to stay there seems tough?

It is heartening to see even Praveen Kumar one of the main stay in present Indian squad struggling to make it into the top 50 best bowling performances. The Uttar Pradesh pacer seems to be struggling in this format languishing with the like of Irfan and Bhajji. The medium pacer managed to string up only 7 wickets in 14 matches with a poor average of 54.71 and strike rate of 47.14. An economy rate of just below 7 does not go well with his potential, thus, bagging third place for poor bowling performance in IPL5 so far.

Amit Mishra, the leg spinner from Haryana bags the fourth place for poor bowling performance. Though the leg spinner has managed to pick up 9 wickets from 12 matches with a pretty decent strike rate of 26 but if one account for the overall impact on the game the bowler stands no chance. Poor economy rate of 8.48 makes the bowler a lesser threat to the batting unit. The bowlers wicket column seems good only because batsmen tend to go after the bowler and lack of sting in the bowling makes his threat quotient too low.

Now then who bags the last position for bringing on poor bowling performance in IPL5? Surprisingly, the best in the business playing for India R Ashwin bags the fifth place. The poor spinning options in India domestic and international circuit is the only one, seem to have kept Ashwin in the squad – Is he proving his critics right? He has not been as promising as he had been in the previous seasons. Though the spinner holds the fourth best economy rate of 6.31 with 9 scalps to his name in 15 matches at an average of 35.77 and strike rate of 34 has struggled to put up one good bowling performance to feature in the top 50 bowling performance in a match. However, his greater influence on the opposition puts him ahead of Mishra, if not stats indicate A Mishra has fared well than Ashwin.