The big name which came into this season because of the great money on offer was Yusuf Pathan. The million dollar cricketer has been the greatest flop of this season. The Baroda dasher could amass only 115runs from 13 innings at a poor average of only 13. The big hitting batsman who had pulled off some unbelievable wins for the Royals have failed to draw similar magic for KKR so far in this season. So far the 2.1 million booty hunter has only managed 40 runs as the highest score in this season. 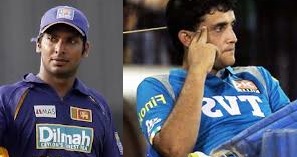 Trying to relive the past

If there is one big name in Indian cricket which had hit the news for all the bad reasons after turning around Indian cricket for good is, Sourav Ganguly. The former KKR captain’ nightmare continues with the Pune warriors too. The failure of the left hander is also a major reason for the continuous failure of the Pune warriors. The left hander has made 263 runs from 14 innings at a poor average of 18.

The poor form continues for the former Sri Lankan captain and is showing up in the performance of Deccan chargers too. Kumara Sangakara has been one of the failures of this season IPL who managed to score only 185 runs from 11 innings despite a 82 run innings.

A serious impediment to the consistency of CSK in IPL 5 has been the indifferent performances of their opener Muali Vijay. The flamboyant Tamilnadu batsmen was in his all time low until the last three matches for CSK where glimpse of some form is being seen.  The opener had scored 170 runs from 10 innings at a paltry average of 18.