Sourav Chandidas Ganguly, the legend of the Indian cricket can never be kept out of records and equally from controversies. Is the aggressive captain who is credited by many for transforming Indian squad into a potent fighting unit even in overseas condition, has cast his magic in IPL? Unfortunately the answer is ‘NO’. The curse of being popular is too much attention and is correct when it comes to Dada.  The successful former Indian captain signed as the captain of Kolkata Knight Riders (KKR) in 2008. In spite of a reasonable outing for KKR in 2008 with 349 runs at an average of 29 from 13 matches, the team did not fare well as they finished sixth in the points table. 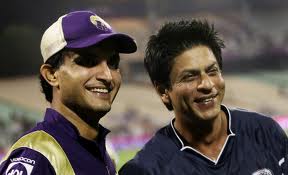 The team owner, Shahrukh Khan is also like magnet that attracts controversies and brought one by changing captaincy in the 2009 IPL season. The decision back fired as the team ended at the bottom of the table and the captaincy was restored back to Dada. Dada’s performance has been impressive in the third season with 493 runs at an impressive average of 37. In all performance of Dada have been reasonably good in comparison to most other players but the individual performance could not turn things for the team as KKR still finished at number 6. 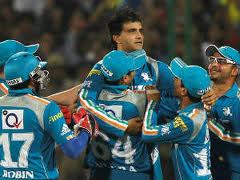 Where does it go from here?

Change of franchise has done matters worse for Dada. Late inclusion into Pune warriors in IPL 4 had no significant effect on team results but season 5 have made matters worse and even individual performance is on the decline. Dada has managed to score only 263 runs at an average of only 18. With fresh controversial remarks by Pune warrior’s owner S Roy on future of Dada with Pune warriors as only mentor, it would be interesting to see how it unfolds for Dada in the next season.

Ajinkya Rahane – The next Dravid?