Bollywood and IPL – A Perfect Marriage?

What is the true pride of the Indian nation? If this question is posed to the youngsters of our nation, well the undisputed answer would be ‘Indian cricket’. It is intricate to envisage Indian entertainment void of Bollywood and cricket.  Bollywood movies with a milieu of cricket have always been runaway success. Bollywood is special and so is IPL and the blend of Bollywood and IPL is always a feast for Indian fans. Well for gossip lovers IPL is always a treat.   Is Virat Kohli dating former Femina Miss India Sarah Jane Dias? Has Cupid struck his arrow on Sreesanth and Riya Sen? We rush to the entertainment section when we see such tit bits. 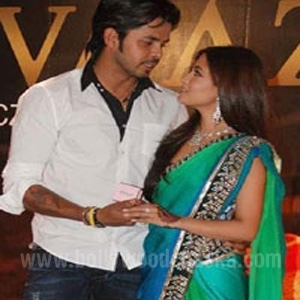 Sreesanth in Love with Riya Sen?

Celebrities are so popular at Bollywood but still if truth be told they love the cameras being focused on them at the cricket pitch.  We are least curious on Priety’s forthcoming movies but we love to see her cheering for KIP.  Cricketing fans who has least idea on the sport are just snooping to see the post match presentations where they can see Priety hugging her team mates after the victory.  It is on IPL we happened to see the other faces of the celebrities, we are just curious to take a look at Sharukh Khan as a dad and how he cuddles his kids at the ground.  Love is always on the air at the IPL grounds, who on earth would abhor Raj Kundra and Shilpa Shetty’s hugs and kisses after their team’s glorious win. Well it’s so heartbreaking to see a solo Raj Kundra this season as Shilpa has taken a break this year as she is expected to deliver her first baby. Film makers might be pretty petrified to release their movies during the IPL season but Bollywood forever loves the sport as IPL and Bollywood is a perfect marriage! 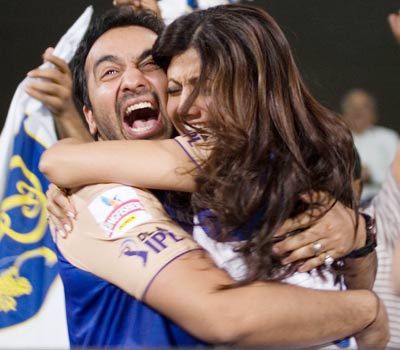