The current orange cap holder Ajinka Rahane is one of those names promoted by the Local connect concept of IPL. He is one of the prolific right handed batsmen who play for Mumbai in Ranji trophy and presently for Rajastan Royals in IPL. The stylish right hander known for his stroke play has been in the reckoning for national duties with some excellent domestic performances. 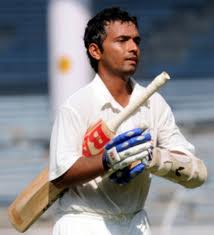 The large pool of domestic players competing for a spot among 11 players to represent India has seen a number of talented cricketers getting drowned with time. Hence, a number of cricketers have opted to go through the short cut to hog the lime light and IPL have opened that kind of a window. R Ashwin is one such success story who has become an integral part of Indian cricket. No wonder Rahane has also chose this short cut.

Rahane is one of those elite Ranji players who have made 1000 runs in one season. Though, Rahane had fewer opportunities in the first two season with Mumbai Indians Rahane have persisted with patience. The persistent talent has tried to change his fortune by moving on to Rajastan Royals in IPL4. The trick seems to have worked, for he got to play 10 whole games in IPL 4 unlike 10 games combining first two seasons.  Rahane has been in sublime form in the ongoing IPL 5, amassing 319 runs in 7 games at an average of 53.16 so far. 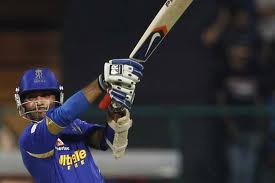 The 22 year old made his T20 and ODI debut in England and has definitely made the most off it, with an impressive 61 on debut. However, the old jinx of greats occupying positions in Indian squad because of past laurels depriving opportunities to young talents has haunted Rahane too, as he went uncapped in the entire Australian Tour. Will the thumping performance in IPL 5 change the selector’s mindset? is a question that can make Rahane’s fortune and secure India’s cricketing future.

Champions Trophy to be Cancelled by ICC