Champions Trophy to be Cancelled by ICC

One of the dubious tournaments considered being meaningless and under trouble every season, the ICC Champions trophy is likely to be scraped off after 2013. Two tournaments for the same format and declaring one more champion through a knock out tournament diluted the aura of being world champions declared through the World cup tournament. The dwindling popularity of test matches made the think tanks to bring in the world test championship set to kick off in 2017, replacing the Champions trophy in the calendar schedule. The test championships will be conducted between the top four teams in the ICC test rankings 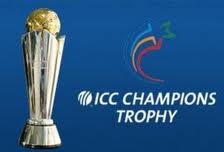 ICC’s chief executive Haroon Lorgat confirmed this on a press conference, stating, “We have said for a while that we would like one championship event for each format. We are including the Test championship in there. We have the World Cup to have the champion for 50-overs cricket. So we are not planning to hold Champions Trophy in the future.”

The experiment was always on, with the format of the Champions trophy. In fact the last tournament in 2009 was once postponed and later shifted to South Africa citing security concerns in Pakistan. The planned final ICC Champions trophy in England (2013) will feature eight teams which hold the top eight positions in the ICC rankings in the last six months before the tournament.

Initially the World test championship was set to start in 2013 but issues concerning commitments to sponsors/broadcasters and cut in broadcast rights fee due to the format change replacing the popular second best format of the game with test format forced the tournament to be postponed to 2017.