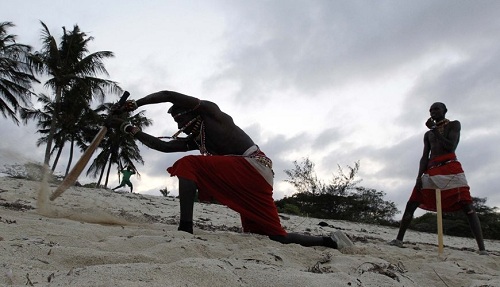 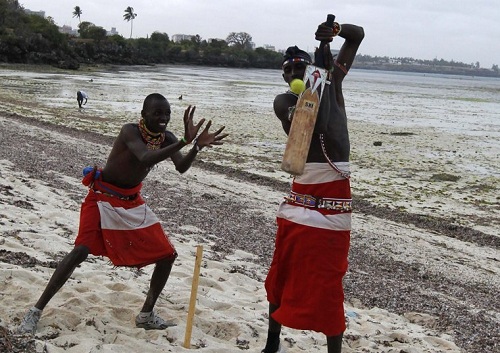 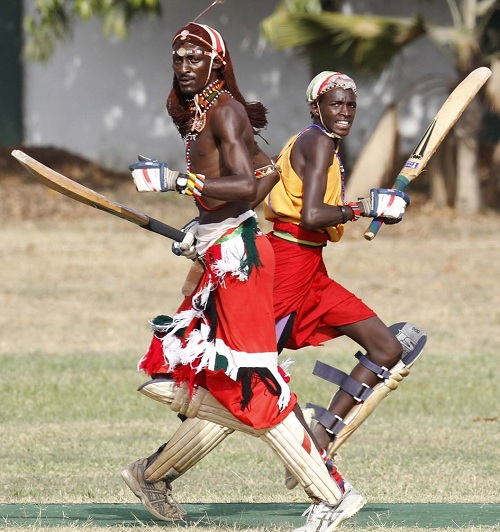 Players of Maasai cricket Warriors in a friendly match against Jafferys cricket team played at Mombasa. 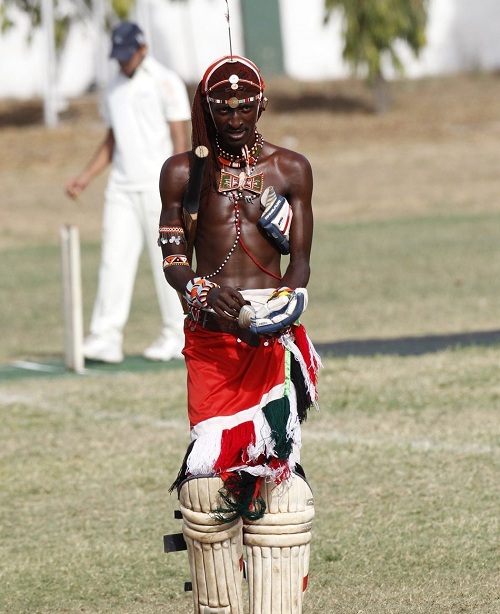 Maasai Cricket warriors player Jonathan Ole leave the field after being given out by the umpire. 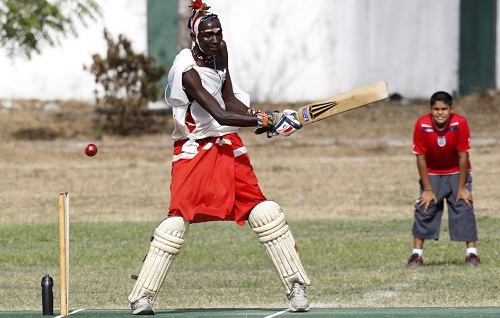 What you think of cricket in Kenya and the dress Maasai cricket warrior is wearing please leave you comment and we will make sure that the right person hear them.