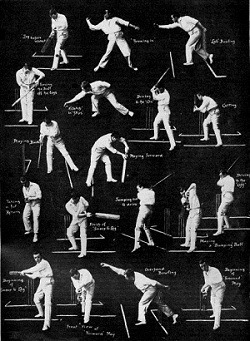 When Rahul Dravid spoke in Sir Donald Bradman’s Oration last month on 14 December, 2011 at the Canberra War Memorial; every sport covering media and all cricket and sports journalists around the world spoke highly for Rahul’s speech and the way he delivered the speech. The speech was really magnificent and it also showed the intellectual capacity of the great sportsman from India.

During his speech, Rahul spoke about the lesser no of people turning for the ODI’s and Test Matches in India. In India, which is supposedly a Cricket crazy country and where everyone talks about cricket and has strong opinion about the game and how the game should be played. It was very impressive of Rahul Dravid to spot the concern and it is a legitimate concern also.

May be for the first time in the history of Indian Cricket, Cricket is facing competitions from other sports. Or may be a fact that too much of cricket is actually doing more harm to the game than any good. Cricket is now more than just a game in India, but the times are changing fast and the younger generation is more attracted towards a English Premier Leagues or NBA games and followership is also basketball or football players. BCCI needs to be more proactive in its game development process than it been as of now. The change is always very fast and it most of the time by the time you recognize, the change reality is staring at your face.

Historically, Cricket has deep roots in India and from the beginning Cricket never had to fight for space in audience’s minds and time. As per history records, the 1st game of cricket was played in Port of Cambay in 1792 when British sailors played among themselves. And India happens to be the country where the 1st Cricket Club was formed outside Britain. It was Calcutta Cricket Club, founded in 1792. And formally Parsis of Bombay were the 1st Indians to play cricket in India.

The game gained importance and attracted followership from the beginning. As per the beautiful book “A Corner of a Foreign Field” by the famous historian Mr. Ramchandra Guha, a crowd of 20,000 people used to gather around Bombay Gymkhana when there were important ties among the English, Parsis or Hindus. And over the years the popularity only increased. But the current series between India and West Indies attracted less than 50,000 people in the cricket mad Kolkata at the Eden Gardens. And all Test playing venues attracted less than average gatherings.

The signs were first witnessed when India played their first series against England after winning World Cup in 2011. Test Centres and ODI’s hardly attracted crowds. BCCI ensured that all ODI’s are arranged in smaller cities to showcase large crowds for the game against West Indies. Cricket has its origin in southern villages in England before it was followed in urban cities. In India, the game was first played by the Princes, the Urban Élites and now it’s followed more in smaller cities.

And if you look at the composition of the Indian Cricket Team over the last few years, it is the players from the smaller towns who are making to the teams and making the headlines. The most popular and well known figure is our current Cricket Team Captain MS. Dhoni. Dhoni comes from the coal city of Ranchi which is also the Capital of Jharkhand. For the last 2 years the Ranji Trophy champions are Rajasthan Cricket. Somehow the game of Cricket is shifting to tier 2 cities in India, be it for the no of players or be it following cricket passionately, which we Indians are known for. One of the major factors is still the lack of opportunity for other sports in-terms of infrastructures and exposures. Cricket today defiantly represents a sport which is followed by every Indian, either it is liked or not.

Just after the Test Match of India and West Indies in Eden Gardens, there was a match between East Bengal and Mohan Bagan, the historic clash between two arch rivals, which is still followed passionately and the stadiums are always packed whenever they confront each other. Indian sports loving crowd got the rare chance of witnessing Lionel Messi last September for a friendly match in Kolkata and India flagged off its own F1 race at Buddh International Circuit in Greater Noida, witnessed by more than 50,000 people. And our National Sport: Hockey also made news despite the rift between Hockey India and Indian Hockey Federation, Indian Hockey Team won Asian Champions Trophy for the first time.

Cricket governing body BCCI needs to be more proactive and professional in handling the game development otherwise Cricket is looking at very steep competitions from far more popular game like Football, Basketball and Badminton. These games are far more followed world wide and they are more glamorous also. BCCI needs to ensure that they take care of the people’s facilities in the ground so that people turn up in the ground to watch a match of Cricket, which they have not done till date. BCCI needs to be more transparent in its approach and needs to do what has never been thought of by anyone, encourage Indian Youth to play Cricket.

Sometimes finding the reason is not so important than what needs to be done is far more important. Indian Cricket is facing a competition for sure. Its matter of time that it is realized by majority, the current performance is not helping at all also. Challenge is not immediate but in coming few years it will bigger than realized. For Indian Sports, it is always good to have healthy competition.

Interestingly, all major sports are invented by the English only. We all know about Cricket and which remained their passion and national sport. But they are also the inventors of Football, Rugby and Hockey. The invention of racket sports like Lawn Tennis, Badminton and Table Tennis are also to the credit of English only. It was England that laid the modern foundation of Athletics and Boxing. English though related more with Cricket as an Urban Elite Sport but today English Premier League attracts more people in than a Test Match in Lords.

Let’s not get there in India! Keep following the Beautiful Game of Cricket!