In India Mumbai is regarded as the capital of Indian Cricket for very obvious reasons One being, the first Indian playing as a team was the Parsis of Bombay, and another being Indian Cricket has always been dominated by Mumbai Cricketers, still few years back. There are two other places which also place a important role in the development of the Indian Cricket. They are Meerut and Jalandhar and they are famous for making quality Cricket Bats and Manufacturing of Sports goods. These two places contribute more than 20 billion rupees through cricket equipment manufacturing business. The Indian sports manufacturing business is valued more than 5000 cr. by business Sports Goods Export Promotion Council (SGEPC): a government of India sponsored organization which is working towards the promotion of India’s exports of sports goods and toys. Founded in 1958, SGEPC represents all the leading manufacturers and exporters of sports goods and toys in India.

On the whole, the Indian sports goods industry manufactures about 318 items, inflatable balls, cricket bats and cricket balls, hockey sticks and balls, boxing equipment, fishing equipment, indoor games like chess and carom boards and different kinds of safety equipment used across various sports and games would be a few. Indian Sports Goods Industry is in fact a labour intensive industry providing wonderful employment opportunities to the deprived sections of society in addition to a large number of men and women.

Cricket is game of finesse and skills; it lacks the element of physical contact that is seen in Football or Rugby. And it is a game of batsman. So, the Bats become very important equipment in the kits of Cricketers. In the signature straight drive of Tendulkar, or the flick by Azharuddin, the sweetly timed cover drive of Laxman or Saurav Ganguly; the quality of the willow makes a huge difference in taking the ball over the boundary ropes or it fetches couple of runs. In short, in the current era, cricketers are getting more value in-terms of runs than in any other generation of players. Today, the quality of the willow is far more superior to those used by the likes of Gavaskar’s, the Chappell’s or players before them.

So, is it fair that manufactures get their due recognition and respect. India is cricket crazy country and we Indians have very strong emotions of followership. The big corporate houses and global brands have swapped the manufactures logo with their own. A young child watching the game wants to buy a “Britania Bat or a “MRF Bat” or a “Hero Bat” littlie knowing that these are Biscuit, Tyre and Motor Bike manufacturing companies respectively.

In his recent interview with a leading daily Mr. Rakesh Mahajan director of B.D. Mahajan and Sons (BDM) raised a very valid point which needs serious introspection by all the stake holders of this Beautiful Game Of Cricket. Mr Mahajan said that global or bigger business enterprises are buying players with advertising which is far cheaper than investing in manufacturing of the equipments. Players are using their stickers on their bats. This is ruining brands like SG and BDM’s for sure.

Sponsorship is no harm, today Cricket is popular sport in India and sponsors have played a very important role in developing the popularity of the game but removing the manufacturer’s branding is also not fair. Top international players still goes to manufacturing companies, whenever they get time from their busy schedule; they want to feel the wood before the bat is made for them; they want to test the quality, thickness and the speed that the ball comes off it. It is time that they use their names on their willows also. With competition increasing with Multi National Companies like Adidas, Nike, Reebok and Puma entering this lucrative business space along with domestic producers such as B.D. Mahajan and Sons (BDM), Sanspareils Greenlands (SG) and Sareen Sports Industries (SS), it is great sign for Indian Sports and generating more business and employment opportunities for people in the region and across the country.

This article is dedicated to the wonderful craftsmanship of all the wonderful people who is making Cricket safer and exciting with their innovations. Workers in Meerut and Jalandhar are helping players to fetch more runs for their shots, it’s time we salute them and recognise them for their work. So, next time when balls are smashed around stadiums by top international batsman around the world, please cheer for the companies and people who are and perhaps destined to be unsung heroes of this Beautiful Game Of Cricket.

Until next time: Cheer for our unsung heroes! 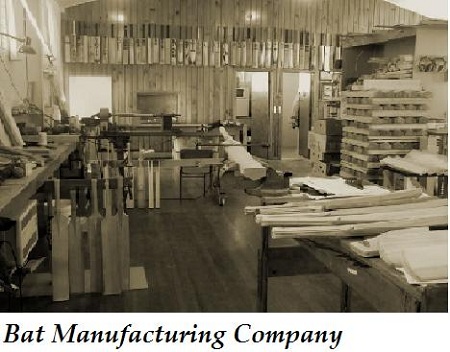 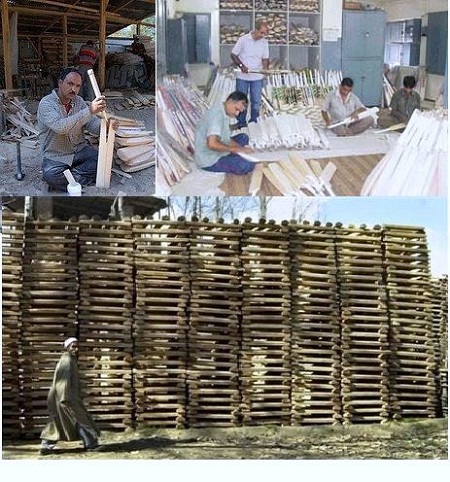 Contributers to the Beautiful Game of Cricket (BDM, SG and many more)