Indian batsman does it again and this time its Virender Sehwag a “Nawab of Najafgarh” who has broken the record of the “Cricketing God” Sachin Tendulkar by playing a blistering knock of 219 runs against West Indies at Indore on 8th December, 2011 in the One Day Internationals. Viru’s mammoth innings of 219 runs came from just 149 balls at a strike rate of 146.97 and blasted 25 fours and 7 sixes. It is the second double century in the history of One Day Internationals and that too made by an Indian, earlier it was made by Sachin Tendulkar. Before Sehwag’s record, this record was in name of Sachin Tendulkar of India who scored unbeaten 200 runs against India in ODI at Gwalior. The innings of 219 runs by Viru is the most memorable one for any Indian fan and also motivates other players to set such records. 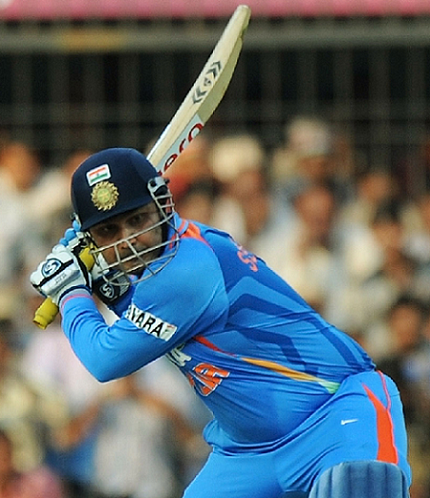 • Viru came out to open the innings with the intentions to prove his worthy and blasted numerous boundaries in the first power play. 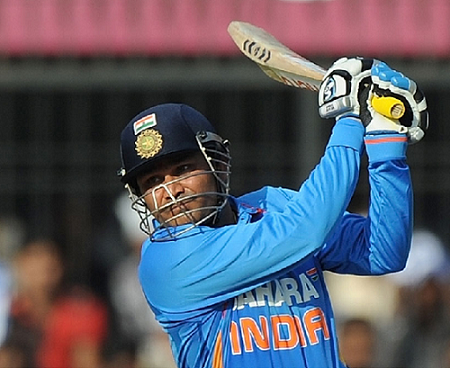 • Sehwag reached his half century by smashing a fabulous SIX on the last ball of the 15th over and it came in just 44 balls.

• In the beginning of the 18th over, Viru nailed Kemar Roach by hitting consecutive boundaries. 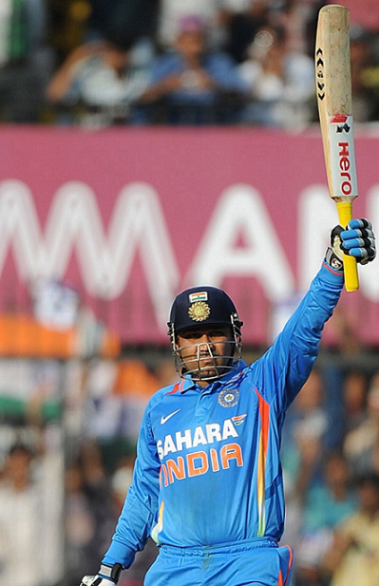 Virender Sehwag got to a century of 69 balls

• Virender Sehwag completed his century by hitting a boundary on the 4th ball of the 23rd over and it came in just 69 balls including 10 boundaries and 5 SIXES. 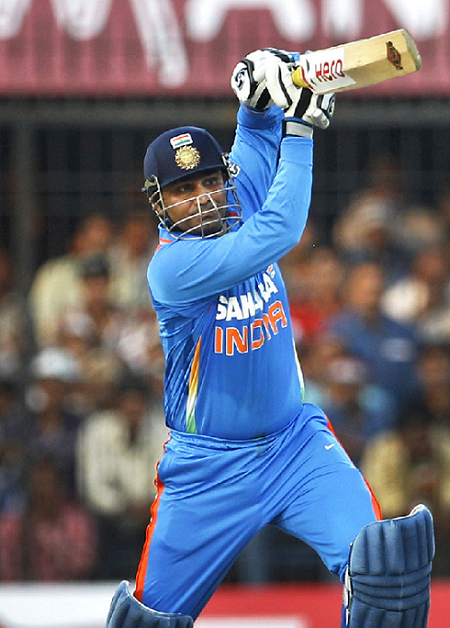 Virender Sehwag hitting the ball hard to reach his 150

• In the middle of the 36th over, Sehwag made 150 runs by taking 2 runs from the Samuel’s ball and in the same over, Viru ruined Samuel by hitting consecutive boundaries.

• Sehwag’s catch was dropped by Sammy of the Rampaul’s bowling on the 5th ball of the 38th over and was on 170 runs which indeed cost West Indies a lot as he went on to play a record breaking innings of 219 runs. 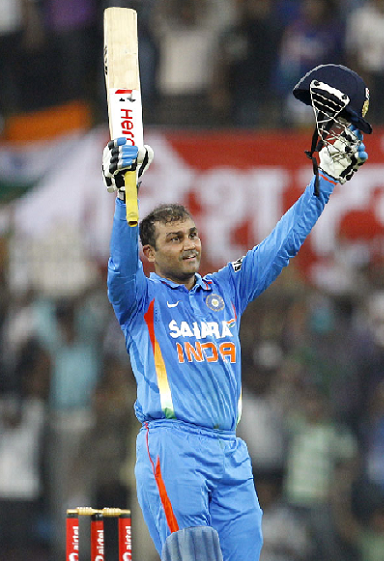 • Sehwag completed his 8000 runs by smashing Pollard for a boundary on the 4th ball of the 43rd over. 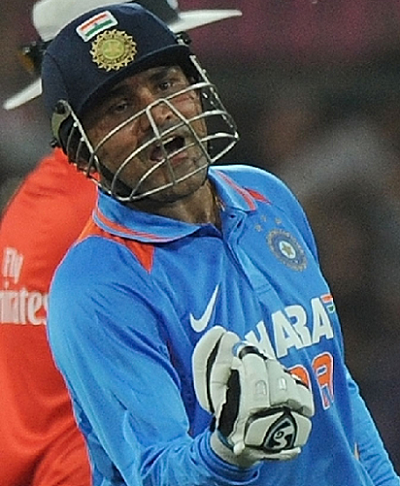 Virender Sehwag pumped up after his one-day double-century

• In the middle of the 44th over, Virender made the new world record of the highest scores by an individual by hitting a boundary of the Russell’s bowling and crossed the milestone of Sachin Tendulkar’s 200 scores. 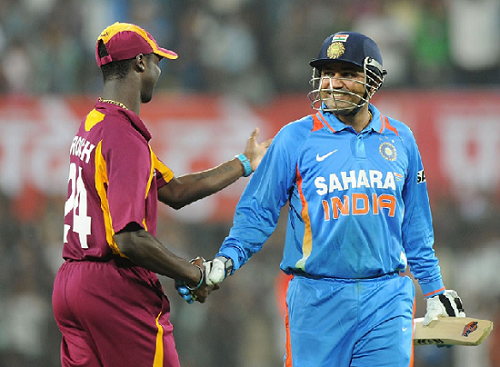 Virender Sehwag is congratulated by Kemar Roach while walking off

• Sehwag in attempt of massive six mishit the ball and eventually was caught by Martin (substitute) at long-off position of the Pollard’s bowling in the 47th over and crowd giving standing ovation to Viru for his behemoth and entertaining innings of 219 runs off just 149 balls.

crickethighlights.com congratulates Virender Sehwag for his blistering and record breaking knock of 219 runs.