The name “Cricket” have been derived from the Middle Dutch word krick (-e) which means a stick or the Old English word cricc or cryce which means a crutch or staff. Cricket has been played as a recognized sport since the early 18th century.  The first match of cricket was played in Sussex, England in 1697. The game of cricket is known to everyone from the 16th century to the present day. International matches were played since 1844 and the official history of international Test cricket began in 1877. The game of Cricket developed from its origins in England. There are different types of forms present in cricket from 16th century till date.

Following are the different forms of Cricket: 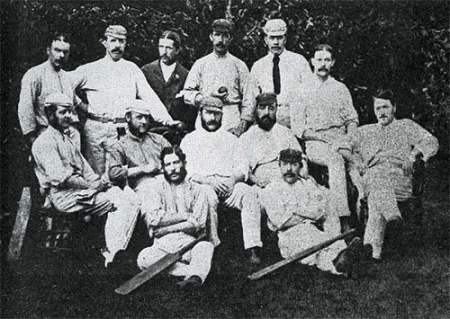 The longest form of the game of Cricket is Test Cricket.   Test matches are played between national representative teams with “Test Status” as determined by the International Cricket Council, with four innings played between two teams of 11 players over a period of up to a maximum five days. The first official test match was played between England and Australia at the Melbourne Cricket Ground (MCG) in 1877 where Australia won by 45 runs and the success of the competition gave rise to the Ashes. Test cricket is widely regarded as the ultimate measure of ability and testing the strength of the best cricketing teams in the world. There are currently ten nations with official test status designated by the International Cricket Council (ICC).

• First Run scorer: The first ball in test cricket was faced by Charles Bannerman of Australia and ihe batsman to score first run, the first four and the first century in the test cricket history.

• First ball bowled by the bowler: The first ball in test cricket was bowled by Alferd Shaw. 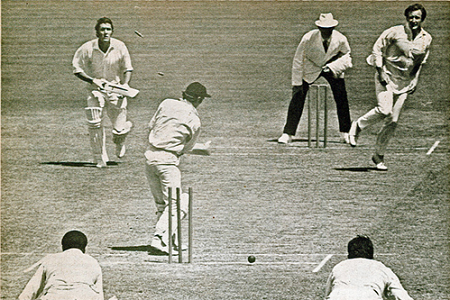 One Day Cricket is also known Limited overs cricket and is a form of cricket that is completed in single day whereas Test matches can take up to five days to complete. One Day International matches are usually played in brightly colored clothing. This form of cricket matches was developed in 1970.  The first One Day International was played between England and Australia at Melbourne Cricket Ground in 1971. This match was won by Australia by five wickets. As an Englishman, John Edrich became the first ever to hit a half-century in a One Day International match (ODI). Incidentally, this match was not planned but a test match was converted into this ODI after most of its days were rained out. One Day Internationals consist of fifty overs per side which are planned to be played in one day, although a ‘reserve day’ is often set aside for more important matches to allow a match more chance of being completed in poor weather conditions.

• First Run Scorer: The first ball in one-day cricket was faced by Geoff Boycott and he also scored the first one day run.

• First Ball bowled by the bowler:  The first ball in one-day cricket was bowled by Garth McKenzie.

• First Wicket Taker: The first wicket in one day cricket was taken by Alan Thomson. 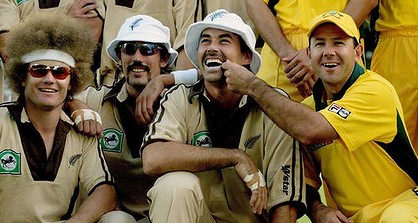 The first Twenty20 match was won by Australia

Twenty20 cricket is also known as T20 cricket. Twenty20 is a form of cricket which is created by the England and Wales Cricket Board (ECB) with the aim of creating a faster and more exciting version of cricket. It was not created to replace the traditional “long game” but with a view to attract more interest in the game. In20-20 match, both the teams have single innings and bat for maximum of 20 overs. The duration time of the game is approximately two and a half hours. The first Twenty20 match was played between Australia and New Zealand at Eden Park in Auckland on 17 February, 2005 and was won by Australia.

• First Run Scorer: Adam Gilchrist was one who faced the first ball and scored the first run in Twenty20.

• First Ball bowled by the bowler: The first ball in Twenty20 was bowled by Daryl Tuffey.