Record of 400 runs in One Day Internationals

India is the only team who has scored more than 400 runs on 4 occasions in One Day Internationals. This milestone of 400 runs is very difficult to achieve in the limited over format of a game for any team but Team India made it possible for 4 times. It is a world record in itself. Making such record is not as easy as it requires lot of efforts and team work. After India, Sri Lanka and South Africa made 400 plus for 2 times. There are some other teams who have scored 400 plus runs on single occasion in the One Day Internationals.

List of ODI scores more than 400 runs in One Day Internationals by India: 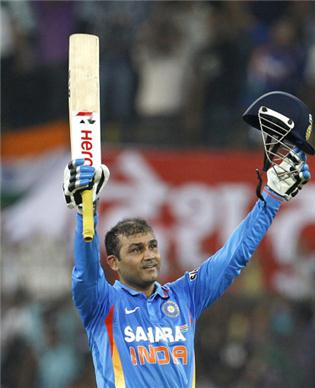 Virender Sehwag is the highest run scorer in One Day Internationals.

• India scored 418 runs for 5 wickets against West Indies on 8 December, 2011 at Indore. In this match, Virender Sehwag scored 219 runs of 149 balls including 25 boundaries and 7 sixes which is the highest individual score in 50-over cricket. 418 for five in 50 overs against West Indies are India’s total in ODI. 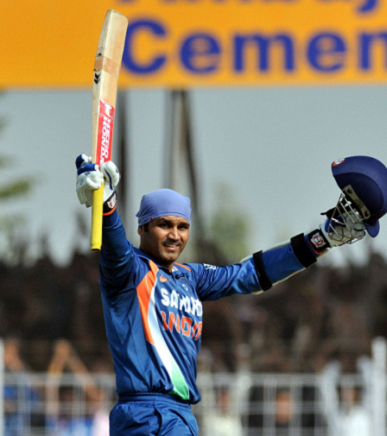 • 414 runs for 7 wickets against Sri Lanka on Dec 15, 2009 at Rajkot is India’s second highest total in One Days. Virender Sehwag scored 146 run in 102 balls including 17 boundaries and 6 Sixes with the strike rate of 143.13 and he was awarded the Man of the Match award for his brilliant innings. 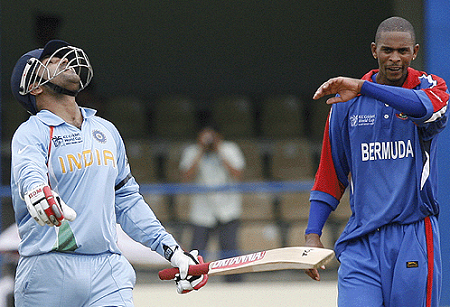 Sehwag reacts after being dismissed at 114 by Kevin Hurdle 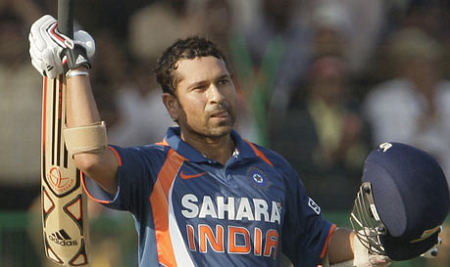 • India made 401 for 3 wickets against South Africa on Feb 24, 2010 at Gwalior. In this match, Sachin Tendular scored 200 runs in 147 balls with a strike rate of 136.05 including 25 boundaries and 3 Sixes and become the first batsmen to score double century in One Day Internationals. Tendulkar was awarded with player of the match title.

• Virender Sehwag was awarded 3 times Man of the Match out of 4 Matches where India scores more than 400 runs.

• Sachin was the first batsman to score double-hundred and set the world record.

• After Sachin, a wonderful innings of 219 runs by Sehwag broke Sachin’s record of 200 and set a new world record of highest runs by an individual.

New Faces in Team India for the Upcoming Australian Tour