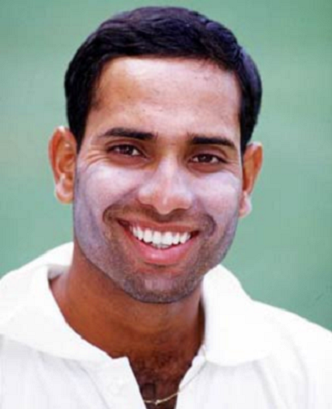 V. V. S. Laxman also known as Venkatsai Laxman scored 281 runs against Australia in the 2nd Match of series at Eden Gardens, Kolkata on 15 March 2001. In this match, Australia batted first and scored 445 runs in the first innings. Steve Waugh scored 110 runs in that innings which lift Australia from 256 runs for 8 wickets to 445 runs. Off-spinner Harbhajan Singh claimed a hat trick by taking the successive wickets of Ricky Ponting, Adam Gilchrist and Shane Warne. Bhajji’s innings figures were 7 wickets for 123 runs in 37.5 overs. When Austrlia dismissed India for a quite low total of 171, Australian’s looked well set for their 17th consecutive victory and their first series win in India since 1969. After follow-on, India in the second innings was not in the good position at one stage, being 3-115. But, with the fifth wicket stand between Laxman’s 281 runs and Dravid’s 180 runs produced total of 376 runs and is a world record for 5th wicket. Laxman created a new Indian record for the highest individual scores in a single innings at that time. India was declared at 657-7. Australia was dismissed for 212 runs, chasing the target of 384 runs.

Highlights of the Laxman’s mammoth innings of 281

• The savior of Indian team, V. V. S. Laxman came out to bat for the second time in the day after being forced to follow-on with the intentions to save the sinking boat of Indian team and reached his half century in 93 balls including 8 boundaries in quick time.

• Laxman batted freely during the innings and looked very composed. He went on to score his century in 166 balls by hitting 17 boundaries and built up the Indian innings as well. 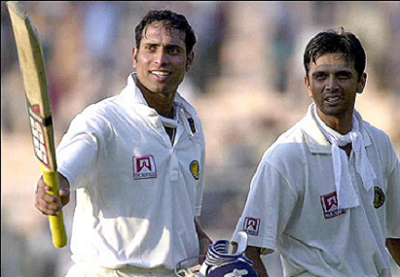 • VVS’s batting kept on sailing during his innings as he shared vital partnership with Rahul Dravid and reached 150 runs in 304 balls by hitting 27 boundaries.

• As Laxman came to the crease with the intentions to save India from another defeat in the series. He knew the fact that he needed to capture the crease as long as possible and in doing so he brought his Double century in 304 Balls including 35 boundaries. 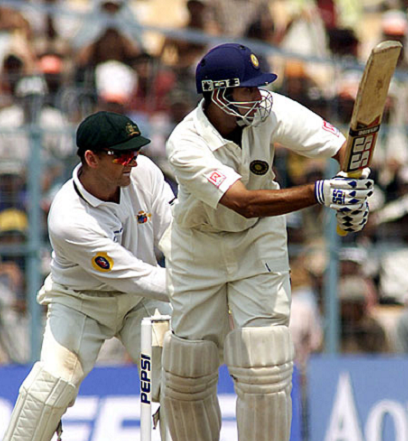 VVS Laxman flicks on his way to 281

• After double ton VVS Laxman was unstoppable and went on to break many records. On 237 runs he went past Sunil Gavaskar’s 236* for the highest individual score by an Indian batsman in Tests.

• Laxman completed 250 runs in 392 balls by hitting 41 boundaries on the fourth day of the test match and went unbeaten at 275 runs to the dressing room after the stumps were off. 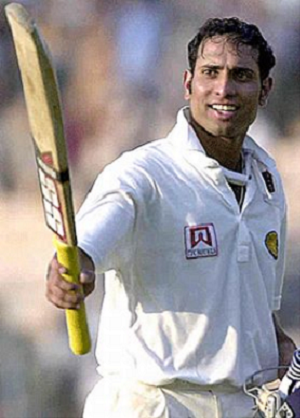 V.V.S Laxman is one tough to dismiss

• In search of his first triple ton, VVS paced up his innings as it was fifth day of the match and India was about to declare the innings. But unfortunately, he was caught by Ponting of the McGrath’s ball and his brilliant innings of 281 runs from 631 balls including 44 boundaries came to an end.