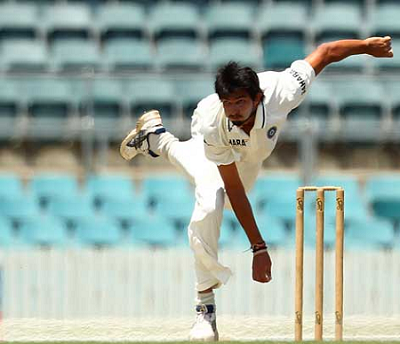 Indian Fast bowler Ishant Sharma bowled just 5.3 overs in the first day of the first practice match against Cricket Australia Chairman’s XI, who placed a total of 398 runs for 6  and declared in the first innings after dual centuries from Wes Robinson and Tom Cooper at the Manuka Oval on Thursday.

Ishant is expected to play a lead role in this Australian tour of India. A question arises that whether Ishant Sharma is fit or unfit. Ishant Sharma was given a “cortisone injection” on Friday. All eyes were on Ishant, who went off the field twice in the space of his brief spell and made his second exit midway through his sixth over after which he did not return.

An official from the Indian team said that, “the long-legged fast bowler had plans to bowl only six overs and after his ankle injury, he thought it was of no use to carry on.” 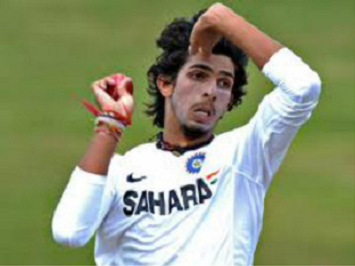 This was not good for the Indian team, as Ishant Sharma is not fit and suffering from an ankle injury. This show that team India was certainly not in its best frame.

In the absence of Ishant, the rest of the Indian bowlers worked hard. West Australia’s Robinson and South Australia’s Cooper, both the batsman was very painful for the Indian side. As Ishant after his sixth overs, did not return back for bowling, the left-arm pacer Pragyan Ojha and fast bowler Ranganath Vinay Kumar were the only bowlers left for bowling.

Views of cricket expert on Ishant’s absence in Team India:

Australia’s bowling coach Troy Cooley said, “It has no doubt that India will be a weakened side if Ishant Sharma is sidelined for the opening Test in Melbourne.”

Cooley told media persons at Manuka Oval on Saturday, “He’s a big player, an important cog in their wheel. Ishant not playing will weaken the Indian team.”