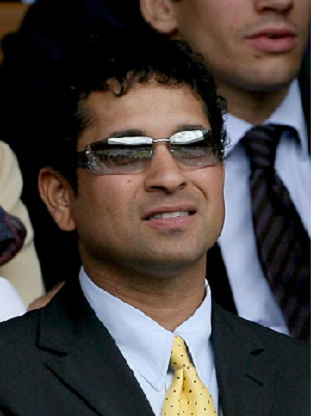 Tendulkar is the second greatest one-day-international (ODI) batsman of all time.

Sachin Ramesh Tendulkar was born 24 April 1973 in Mumbai, India and also known as “Little Master” and the “Cricketing God” is an Indian cricketer widely regarded as one of the greatest batsmen in the history of cricket and currently holds the record for most hundreds in both Tests and One Day Internationals. Tendulkar is the most complete batsman and the most worshipped cricketer in the world. 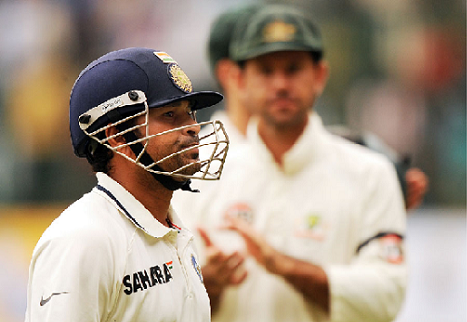 Sachin against Australia in Test Matches 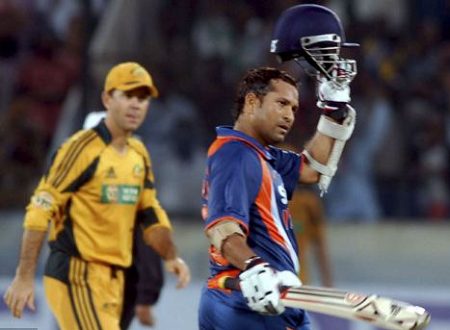 Sachin Tendulkar acknowledges the crowd after completing his century against Australia

Sachin against Australia in One Day Matches

Sachin Tendulkar has made 3058 runs against Australia in 68 one day matches at an average of 46.33 with 9 centuries, 15 fifties and 2 ducks.

• In Australia: Sachin has made 1348 runs against Australia from 40 matches at an average of 37.44 with 1 century and 10 fifties in One Day Internationals.

• In India: Sachin has made 1561 runs against Australia from 30 matches at an average of 52.03 with 4 centuries, 9 fifties and 1 duck in One Day Internationals.

Afridi And Gambhir Caught In Altercation