India vs England : Man of the Series ; Playing Conditions 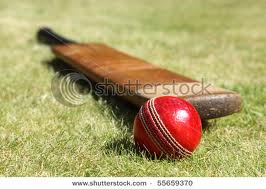 The return series between India and England is just two matches old but all the psychological edge/upper hand which the Britishers may have gained during India’s ordeal over 120 days in U.K. seems to have evaporated already. And the reason is not just the two victories that India have registered in the first couple of one dayers but the way those wins came about.

Before the series started there was this talk of how England would continue to torment India, as the home side were forced to field a relatively new side since key players were side lined due to injuries and poor form. Moreover the visitors too did not leave anything to chance and came ten days before the commencement of a fortnight long series. However none of it is having any effect on Dhoni and his men as the world is witnessing an astonishing turnaround.

Just when the voices that ” If Dhoni is past his prime” ?, “If Duncan Fletcher was the right man to succeed Gary Kirsten”, ” Is IPL the mother of all ills” were beginning to surface, everything has started looking hunky dory again. England has been taken to cleaners in Hyderabad and Delhi and the way they have been outplayed over the last 200 overs or so, if Alistair Cook doesn’t do something quickly to resist the tide it would only lead to one emotion. Hopelessness. The signs were evident in Delhi when bowlers were getting frustrated,fielders were dropping catches and the Captain looked clueless.

So what really is the reason for the complete reversal of the fortunes of two participating teams. is there a magic wand discovered by Dhoni or Englishmen have suddenly found their cricketing skills to be receding. Actually nothing but the conditions. Without taking any credit away from Mahender Singh Dhoni, Ravinder Jadeja, Ashwin, Virat Kohli, Vinay Kumar and Gautam Gambhir all of whom have contributed immensely in the Indian cause I would stick my neck out and say that Home conditions has been a major factor which has tilted the scales in our favor. The way Indians were found wanting in seaming conditions its the same thing happening with Englishmen on slow turners.

All this makes me say one thing that is there any other sport on earth where playing conditions change so dynamically over continents and test the skills and temperament of the players. Guess not.

Which team in IPL do you hate the...

How many cameras are used for broadcasting a...

Singh was King Last Year! Who is the...