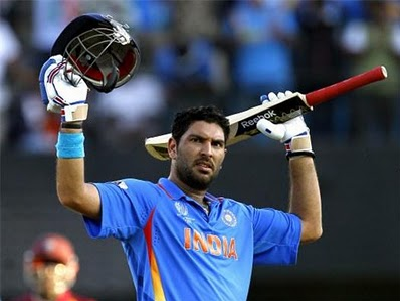 Yuvraj Singh Bhandal (born on December 12, 1981 in Chandigarh) well known as “Yuvi”, is a left handed batsman of Indian cricketer team. He made his debut in 2000 at Nairobi against Kenya. He has been a member of the Indian cricket team since 2000 in ODI. He was the vice captain of the ODI team from late-2007 to late-2008. He scored his first century against Bangladesh in 2003 with 102* runs.  His highest ODI score is 139 against Australia in January 2004 at Sydney. As of August 2011, he has scored 8,051 ODI runs with 13 centuries against 8 countries namely Pakistan, South Africa, England, Zimbabwe, Australia, West Indies, Bangladesh, Sri Lanka and 49 fifties. He was named the Man of the Tournament in the 2011 Cricket World Cup. 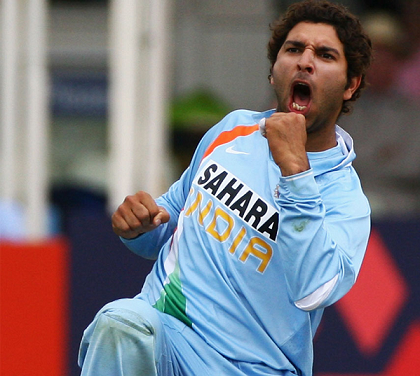 Here is a list of his top ten ODIscores:

Based on data provided by Cricinfo as of September 28, 2011