In the First tour match vs Somerset , were it not for Suresh Raina’s quickfire century, India was in the danger of being bowled out within 100 runs. Then in the First Test match at Lord’s, a Defeat by 196 runs. Second Test match at Trent Bridge,  the margin swells up to 319 runs. Another tour match against Northamptonshire; most of the batmen wasted the opportunity again and bowlers helped the openers raise a double century stand.

That’s the question everyone is searching answers for. Nobody expected India to display such mediocrity in the current England series. There has been criticism galore and the latest to join the growing list of detractors is the West Indian great Michael Holding (by the way, do check out the review of the Fire in Babylon, a documentary on West indian Cricket that features Michael Holding)

In the wake of continuous dismal showing by the Indian team, the current former bowling legend has come down hard on the tourists questioning their commitment to the national colors. He has been most severe on the youngsters who he believes neither have the passion nor the commitment towards the national cause. And for that he too, like many others in the past, puts the onus on the Indian Premier League (IPL).

“I don’t think the current Indian team is bothered about the defeat in the first two Tests. My only concern is — are they giving any extra effort, or playing like ‘supposed’ world champions? Even after the Lord’s debacle, the answer is a clear no! That’s because, they will get more money to play in the IPL,” fumed Holding, now a commentator for Sky Sports.

He went on to say something which could be embarrassing for the people concerned. As many cricketers went for surgeries and underwent rehabilitation after IPL, that too when an important tour like UK was in the sight, he asked, “Why does anyone not get injured before the IPL, you tell me. That’s because they are getting huge amounts of money (in IPL). Why would they bother about international commitments?” 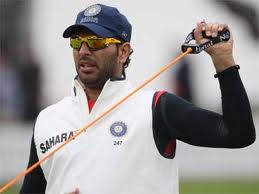 Yuvraj Training at the NCA

It’s worth mentioning here that Gautam Gambhir and Virender Sehwag delayed their surgeries to take part in IPL 2011. Even Yuvraj Singh, S Sreesanth and Zaheer Khan continued their participation in the cash cow despite carrying niggling injuries. Perhaps they had pre-decided that a place like West Indies could be given a miss and that time could be used for rehabilitation process at NCA and that’s what happened exactly. No wonder Holding believes that in the heart and minds of current cricketers IPL is way ahead of international cricket. “Except for Rahul Dravid, Sachin Tendulkar and VVS Laxman, nobody else in this team seems to be worried about the reputation of the country or of Test cricket. I am sure they are all aware about Test cricket, but are not bothered,” said Holding.

Implying that Indian batting is not as good as it’s made out to be Holding said, “If IPL was to be organised in a country like South Africa or Australia, where the ball seams and bounces, the Indians would again crumble. However, if the ball is pitched beneath knee-level, like it is on Indian pitches, they will murder the bowling.”

“I do not have a problem if these Indian youngsters are multi-millionaires. But they are not good enough for Test level. And that’s what counts,” concluded Holding. 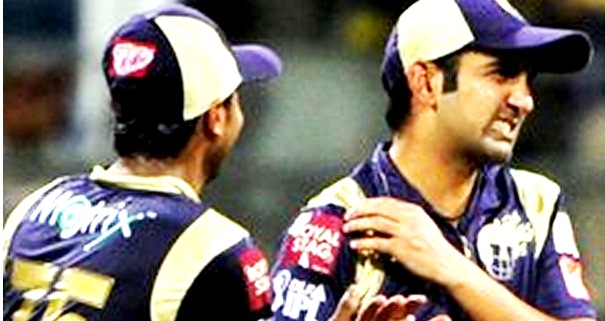 Gautam Gambhir getting injured in IPL

What do you guys think? Would love to hear your comments.

Best Places and Manufacturers to buy a Cricket Bat in India