Did Dhoni do the Right thing by Recalling Ian Bell Run out in the Trent Bridge Test? 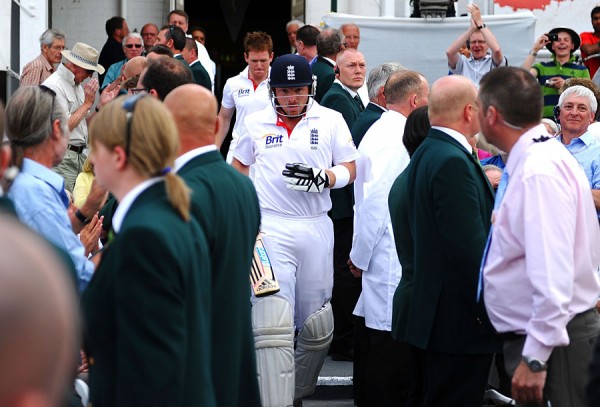 This is perhaps the most bizarre moment and event i have seen in Test Cricket. But i think Dhoni did the right thing by recalling Ian bell after he mistakenly got himself run out.

So what really happened? (Based on accounts on Cricinfo)
The last ball before tea, Morgan flicked Ishant to deep square, where Praveen Kumar made a desperate comical attempt at saving the ball- he actually did cut it off.
The fielder thought it was four but it wasn’t, the England batsmen thought it was four and by the time the throw came back, both Morgan and Ian Bell (who rescued England with a century) were out their crease thinking it was tea. But just then the thrown came in and the bails came out, with India appealing for a run out. See the video and decide for your self

I really think it was careless of the batsmen to just walk out thinking it was tea. But As Iam bell says he thought the umpires had called “tea” and the game had stopped. Had umpire Rauf called tea. This is one of those incidents where one can never ascertain what really happened as a split second makes a difference.

On the way back Dhoni refused to revert his decision asking for a run out. However, its seems the players sorted out the confusion in the dressing room when Strauss and Flower met Dhoni and Dhoni obliged. He agreed to recall I an bell who continues to keep batting. As cricinfo says, this is ” little bit like when New Zealand ran out Murali after Sangakkara made a century but it was careless from Bell.”

Eventually thus India have recalled Bell. The decision has been overturned. The crowd stops booing and starts cheering!

By this act has MS Dhoni suddenly become a hero one the grounds. What do you think? Did he do the right thing. Or was he way too generous in letting bell get recalled. Would the English players have done the same if it was Tendulkar or Dravid who got out in such a way?