Would BCCI rethink its decision on DRS?

What is with DRS (decision review system) and BCCI or for that matter Indian team.Post that famous sydney test match in which one wrong decision,Andrew Symonds was given not out against Ishant Sharma,resulted in that famous “Monkeygate” episode and created so much of bad blood between India and Australia there were world wide calls for DRS.BCCI too decided to use it for the series against Sri Lanka.But,everyone knows what happened there.Certain decisions went Islanders way and consequently the host nation won that series.

Since then BCCI has never been in favour for DRS as they believe that it is not a full proof technology but for that matter even umpiring decisions are not full proof so does that mean that we should do away with umpires as well ? Owing to BCCI demand decision review system has not been used in the ongoing series and as luck would have it,it is the visitors who have found the need for the referrals.Atleast three batsmen namely Virat Kohli ,Suresh Raina and Harbhajan Singh got dubious decisions and who knows if there had been DRS in place perhaps one or two of them would have stayed put.Of the three Kohli and Raina were well set and looking for a big one when they were deprived of what could have been a reprieve because of strange ways of BCCI.What if in their second innings some of the West Indian batsmen gets away because of too much of doubt? What if in the final over of the match and with last Windies wicket to fall one of the umpire makes an error in judgement resulting in a draw whereby a different result would have been possible had there been a DRS in place? Sometimes scrupulousness and foolishness has a very thin line in between,I just hope BCCI does not find itself on the wrong side of that line.India might still be able to pull this one off but why not make game simpler and less error free. 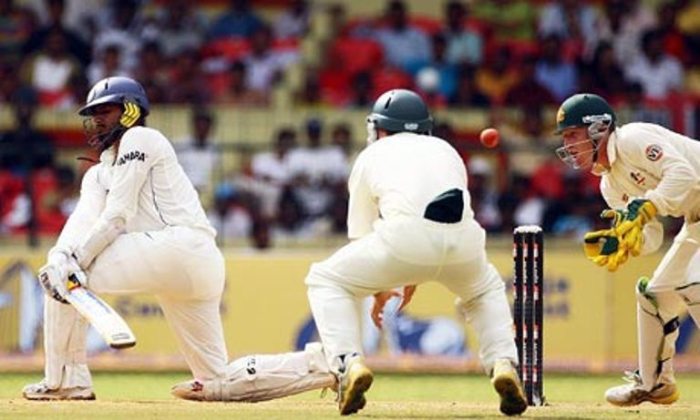