Kolkata Knight Riders have been phenomenal in this year’s IPL finishing a creditable fourth and we were fortunate to have their assistant coach Vijay Dahiya a former wicketkeeper batsman for Delhi and India  sharing what he felt was a truly memorable experience.Here are the exerpts:

Cricket Highlights: Its apparent that there has been a complete overhaul of Kolkata Knight Riders team this year but even players like Saurav Ganguly,Chris Gayle,Mccullum and Ishant Sharma were not bad either so what was different this year?

Vijay Dahiya: We played more like a team this year and much of this effort should be given to Dave Whatmore,Wasim Akram and Gautam.Whole mindset was different and it was a sensible effort where everyone contributed.We had a very small group while you see other teams has 29-30 players in their squads KKR had only 20 players so effort was much more concentrated with lot more intensity.

CH: You had been a Delhi guy through out.Moreover you had a pretty successful stint with Delhi Ranji team as well when guided them to the top so how difficult was it to change loyalties?

VJ: It is not about loyalties as it was not a Delhi-Bengal game.It’s a franchisee based setup where you have to be a proffessional to the core and you learn more when you are away from home.I was moving away from my comfort zone but I am glad I made the switch as it’s not just home away from home rather it’s home-home.(laughs).The kind of backing we got from the management considering we were the only team which did not make the semis in the first three years was absolutely fabulous and all this eventually got reflected in our performances as well.However anything I have achieved so far had been because of the cricket I played in Delhi and the support I got from DDCA and I am very thankful to them but a challenge came my way and being a true proffessional I accepted it gleefully.

CH: We see a lot of Delhi players turning out for KKR this year,so was it a Vijay Dahiya effect?

VJ: Not really as everyone was looking for options and we picked everyone for different reasons.gautam was picked because we had already identified him as our leader.Rajat was picked because of the kind of experience he has.He was anyways looking for a way out from the Delhi daredevils as he was not getting lot of opportunities.So we backed him to the hilt and you can see the kind of performances he came up with.Sangwan was picked because of his youth,it was really unfortunate that he did not get to play a single game but I would mark him for one with the future.We had Bala and Jaidev(more so because he had already played for India) but I am expecting great things from Sangwan.

CH: How was it working with legends like Whatmore and Akram?

VJ: It was a win-win situation for me.On one had I had Dave Whatmore who had 25 years of coaching experince behind him.He had done great things including a world cup win with Srilanka but still I was given so much space to work which was really fantastic.Then on the other there was Wasim Akram who always gave me responsibilities and told me to just go ahead and do my own thing.So on the whole it was an overwhelming experience.

CH: …and what about SRK?

VJ:Ohh he was simply superb.He comes across as someone with abundance of positive energy.Perhaps he was a bit intimidating in the first year but perhaps it had been a learning curve for him as well.He is aware that boys are in the awe of him so he will just take the initiative to break the ice and gives you a tight hug and that does the trick.Suddenly from a superstar he looks like a big brother.Winning and loosing does not matter as long as the boys gave their best.in the Mumbai Indians match which we lost in the last over he came over and said that it was wonderful to see the kind of effort in the field which was really heartening.

CH: when you saw former Knight Riders like Gayle and Ishant Sharma performed so well does anyone had the feeling “oh we missed out on them”?

VJ: What about players like Kallis and Brett Lee who were representing different teams till last but were outstanding for us (laughs).On a serious note you really can’t help when somebody is in such a great form the way Gayle was.He himself said that since his school days he has never been so consistent in his cricketing carreer so I am betting that he won’t be repeating the act next year.

CH: How big was a decision to let go of Saurav? were you guys prepared for the backlash?

VJ: It is never about an individual,we just decided that we won’t be retaining anyone and anyone who is part of auctions has a 50-50 chance of getting selected.It was not easy but we had different priorities.After three years of under achieving we had decided to go for change this year.So it was not really about Saurav but more about the change.And why we there were other teams who did not retain their players and as far as backlash it is about the mentality.We knew it’s performance which matters and that’s why after first two matches Eden was packed to capacity.

CH: Players keep on talking about pressure,mental fatigue and weight of expectations.Does the coaching staff too feel the pinch?

VJ: Absolutely.I mean there is no difference as far as physical and mental labour is concerned.However once the game starts it is the players who had to implement everything practiced but that does not mean you don’t have any pressure.If anything it’s more once the game starts as outside the rope you are helpless for you can’t really alter how someone is performing out there in the middle.Irrespective of how much you want to do or say you can’t really do anything about it.

CH: I saw your facebook status which said you want work,work and more work.So after such a gruelling season when everyone is looking for some sort of rest what really drives you?

VJ: My willingness to learn.I am always open to new challenges,new avenues.As a player I did not reached the heights I set out for myself so that’s another motivation.Plus I like people doing well.It gives me immense satisfaction to see someone else doing well for himself and when I see it happening it takes care of any lassitude whatsoever.Even when I was playing I followed the same theory and that’s why I decided to hand my boots in the middle of season.I realised even if i score three or even five hundreds I wasn’t going anywhere so why to block a path for somebody younger.I wanted somebody like Punit Bisht ,who had a more realistic chance to play at the highest level,to take the baton from me.

CH: People had doubts about Sachin’s participation in 2007 world cup.Not only he played in that rather he was at his best in 2011 so do u think he would still be around in 2015?

VJ: As far as Sachin is concerned anything is possible but I would stick my neck out and say even he would be surprised if he does play in 2015.People get bored after 20 years of marriage,We see  CEO’s leaving a company after a stint of 30 years.I guess regardless of his unconditional love for the game even he would reach a saturation point.More so after the victory in this year’s competition as this was the only trophy missing from his cabinet.So whatever little understanding I have about this game I would say he might not be there after four years. 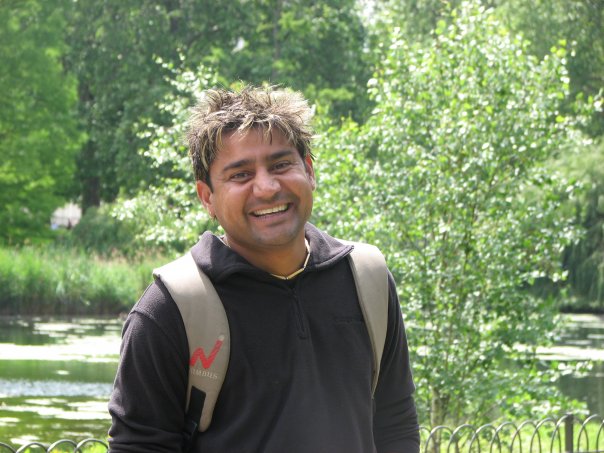